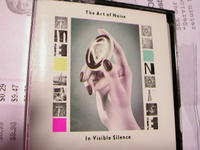 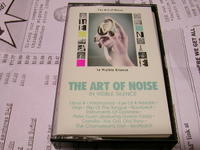 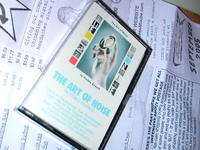 Motivated by my latest cassette buying kick, I came across this Gem.
The Art of Noise, in visible silence. Thinking to myself, “Wow Art Noise from the 80s!! Synthy experimental sounds! I’m there!” So I got the tape and popped it in the boombox at home. Geez I want my $0.49 back…. Most gawd awful General MIDI song quantized crap that I have heard in a while. But I guess some people rave about this Band

on Amazon calling it their best work ever and saying that it ages well. 2 things can be learned from this:

2. Anything that has a title which sounds cool, or looks like it is cool with pictures of robots or computers ( unless it is Kraftwerk) is usually lame, so spare the time and effort.