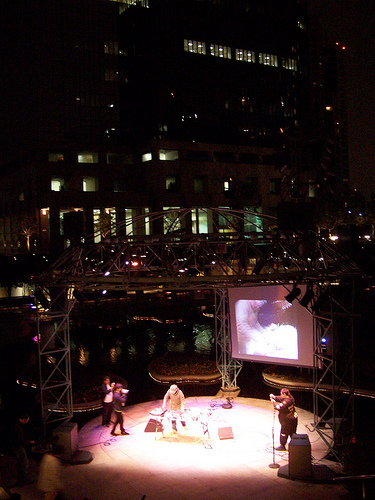 Boing Boing did a TV episode on the Bent Festival 2008 LA, focusing mainly on Krach Der Roboter. The stage setup looks pretty neato, some sort of an Amphitheater in a middle of a fountain.

There are some videos that Univac/TechDweeb posted to youTube and also pictures on Flickr. The Boing Boing post also included this Documentary from 2007 Festival in LA which haven’t seen before. Enjoy. 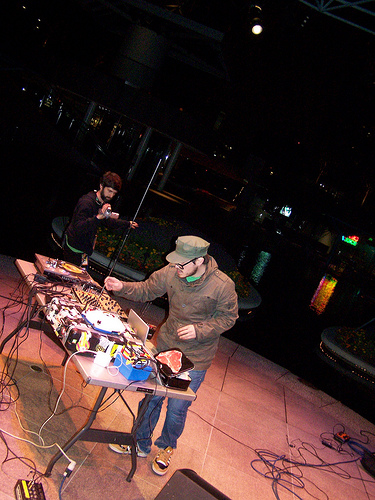