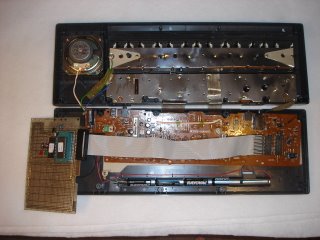 Storms Corner website has caught my attention with some ambitions projects like this SK-1 Rom bank mod. The builder went as far as rigging up a flash rom IC and dumping the original rom to it with some modifications. Unfortunately no sound was made, so technology is not all there yet. The most useful thing from the website however is the link to the SK-1 service manual pdf and the JPEG version , which is insane! So check it out and huge props to Storms for the neat ideas.

If anyone is looking to do a Tablebeast Mod on their SK-1 feel free to grab some RCA panels off eBay. The seller is asking $5 for 5 panels and $6 Shipping. Discounts maybe available for combined shipments. Thanks to Tom for sending this.

While searching for something completely unrelated I spotted a band that uses quite a few Concertmate keyboards called Concertmate as well as other consumer synths like the Casio PT-1 and SA-6 during their improvisational scessions. Nothing really circuit bent from what I can tell, but they do have some nice Concertmate and other Synth Porn shots. The reason why I bring up Concertmate is because they made knockoffs for most of the Casio keyboards that are sought after nowadays, like the SK-1, SK-5, PT-1, etc. So for bending purposes Concertmate brand will be comparable. However I read somewhere that there are differences with bends, but I can’t confirm that. Also, Blogger seems to be broken AGAIN, so I have to be a nasty “Hot-Linker” to images. Oh well, I think I’m switching to WordPress anyways here shortly.

I certainly applaud the fact that the seller of this auction went the extra mile to demonstrate with an oscilloscope that his SK-1 brings all the ducks to the yard. I guess $63 is not that bad for an instantly bendable classic. The photo is almost poster like as well, definitely worth printing and hanging above the workbench. 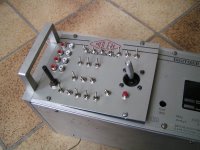 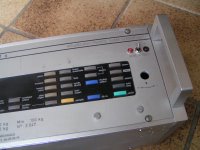 I missed this Rack Mounted Casio SK-1 first time around on the Electri-Fire website, however Phil quickly forwarded that back to me. The SK-1 is controlled by a MIDI module from Highly_Liquid and the joystick on the switch panel is from Bent-Tronics shop. No sound samples or videos yet, however there are some good tips on getting the power switch rewired and installing a soft reset.