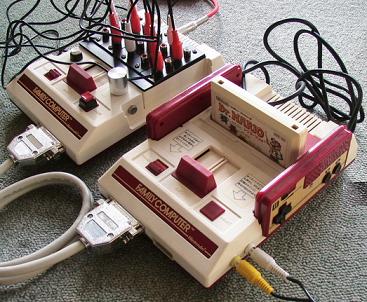 Kaseo has recently completed a circuit bent Famicom with another Famicom as a break out box for the first unit! This was done probably because space is a premium in a Famicom, unlike those great bulky US NES model which allow for tons of switches and knobs, but either way it looks cool. The breakout box also has an audio input that is seen through out the video affecting the scan lines. Now I need to see an circuit bent Atari 2600 with another Atari 2600 as a breakout box.[via Benders Forum]
Video Link.