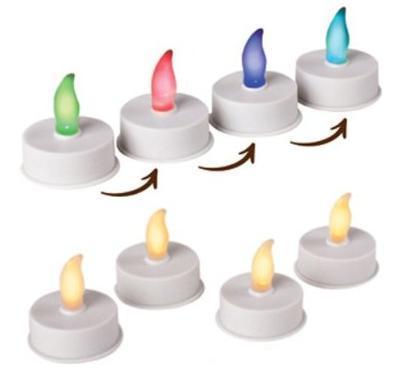 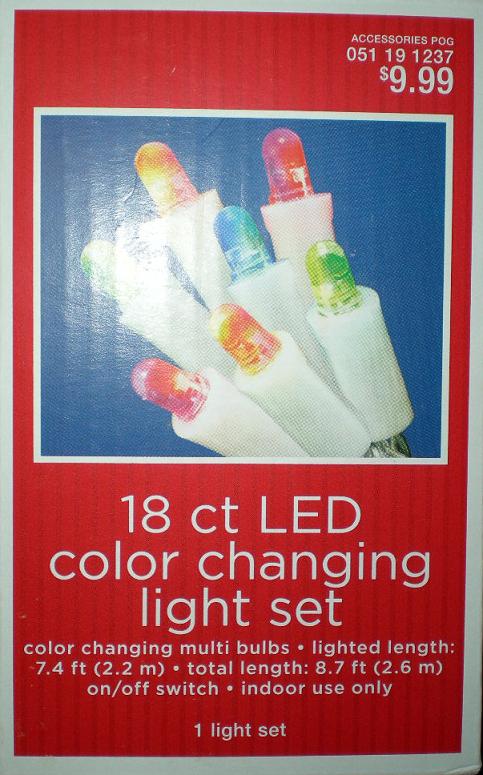 This Xmas season your local Target may have the hookup for some very nice LED products, most of which can be parted and reused for cool illumination of your DIY Synth projects or as Decor to warm up those cold Winter Circuit Bending shows. The flickering candle features a pattern circuit that can be used to drive a photoresistor as a Vactrol providing some randomness in your life, especially when more than one are used.

The later LED color changing set is an in Store only special. The fades are smooth color cycles and at $0.50 an LED its a great deal, most likelly to get even better once all the Holiday stuff goes on sale.

Listening to the Flickering LED Tea Light is possible as suggested in the comments, but flickering does have a repeating pattern. Combining several circuits together would certainly create a fairly random overlay due to drifting and slight voltage differences between circuits. The same company also makes a more expensive 3 LED candle that has a non-repeating pattern generated with a microcontroller randomly.