At about the 40 second mark of this video you can hear a Dub Siren aka Rasta Box. They are simple electronic sound effect units used as musical accent in Dub Reggae. The sounds are typically simulated police or car sirens with pitch control and the ability to only trigger the sound when the button is pressed. For the most part that is the fundamental difference over devices like the Atari Punk Console or other Opto Theremins that produce similar sounds but generally have no Envelope control besides volume. Dub Sirens like much of Reggae are drenched in Delay, lots and lots of Delay! Recently, at least to me, it seems that Dub Sirens made a crossover into the Circuit Bending and Synth DIY scene. Consider these fine examples: Video 1, Video 2, Video 3.

There are also what appear to be authentic sound FX units on the market, one is from Jah Tubby’s Sound System in UK called SynFex and it is usually sold out. 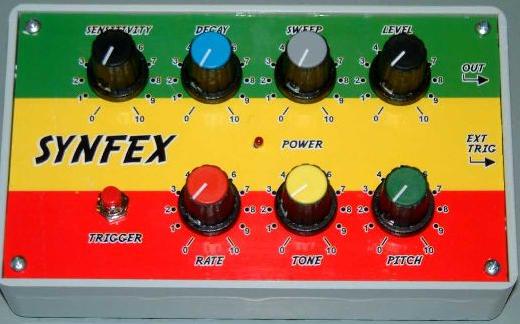 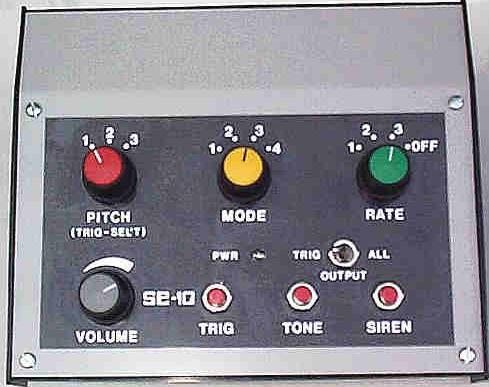 Video of the system in action and an audio sample of the above device with just the noises. Whats interesting to note is that the Pitch is set via a rotary switch and not just a potentiometer. In a way that seems like it would be easier on the ears, no jumping around in frequencies. Another commercially available unit is from Theremin Planet for 130 Euros! I guess what I’m trying to say is that most of these Dub Sirens are simple dual 555 oscillators with a trigger button and Rasta colors. 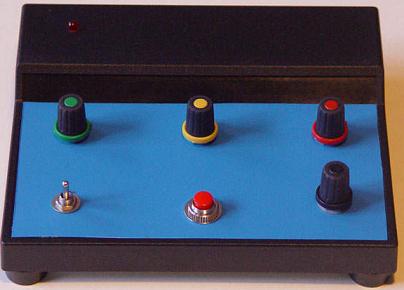 There are currently a few resources for building Dub sirens, one is this Interruptor.ch page and a discussion board. There is also a free VST version on the same site along with Delays and other VST effects. Video of the Interruptor being played.

A CMOS Version of a Dub Siren is available on the AEE projectblog. However most of these require building relatively complicated oscillator circuits, but fear not because shortly I will be posting a “How To” on making a Dub Siren using an 8 Sound Keychain. Jah Mon! 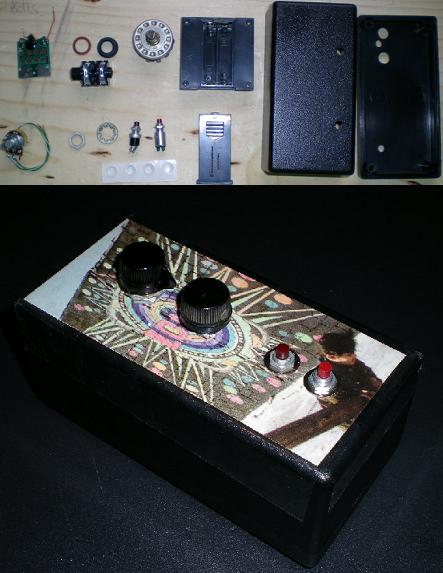