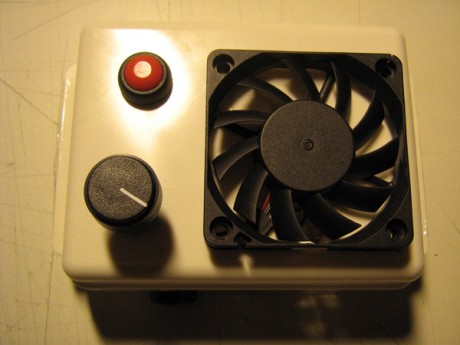 Hannes Pasqualini is an illustrator, comic artist, and musician/noisemaker in Italy. He bought one my my Beep-its a few months back and wrote me today to describe the modifications he’s made to it. Inspired by Gijs Gieskes’ Fan Synth, Hannes added a speed-controlled fan in front of the light sensor to modulate the pitch. 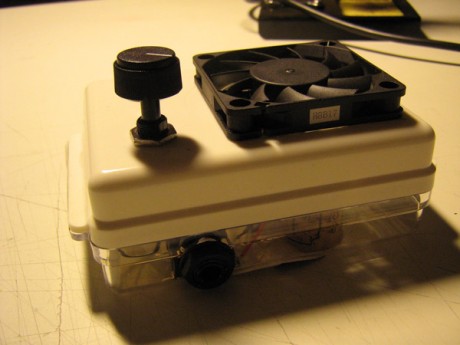 Here’s a video of the new device in action:

Gijs Gieskes’ original Fan Synth is pretty crazy in it’s own right- he’s got several versions, some with two fans and LED tentacles:

Looks like he’s running everything off an ATMEGA chip- those little guys are becoming super popular for quickly working up a functional idea. Has anyone else used a fan or other mechanical moving parts to induce modulation? Drop us a link in the comments.