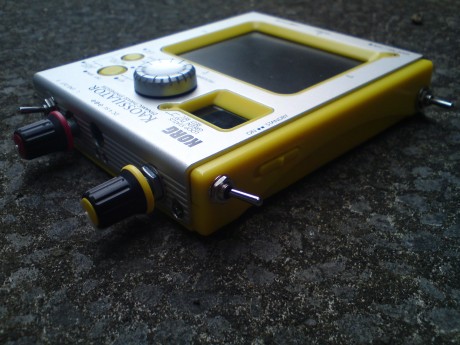 Our friend Nathan Phelps has been working hard to cram as much stuff into the Kaossilator as possible. Based on this original pitch modification, his latest attempt features 555 Timer and LTC Precision kits with internal potentiometer controls and CV input.

To make room for all of this the RCA board had to go, so the only output is via the headphone. 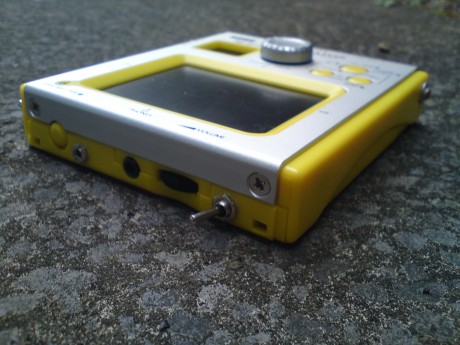 Nathan’s wife Clare (an expert solderer) who is a major part of the circuit bending duo “freeform delusion” created the sequencer to send the CV voltage out with the help from “Head in a Haunted Hat”.  The stand alone circuit also cranks out an array of bleepy noises via the CD4093 oscillators and when connected to the Kossilator it really creates some madness. 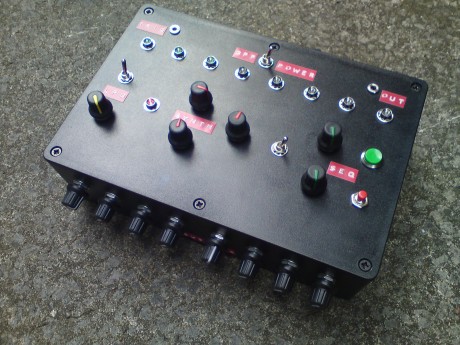 Kaossilator being Triggered and Control by the Sequencer:

Mono mini jack output
On/Off Switch
Green LED Eight Step Sequencer
Green Momentary button to choose LED sequencer mode
Red Momentary button to Reset sequencer
Eight Knobs to tune each step of the sequencer
Pitch Control for Sequencer
Rate to speed up or slow the 8 steps
Trigger out to control keyboard/toy/Kaossilator with a mod we can add to them.
On/Off Switch for LFO with rate Control & LED (can be used on sequencer or drone synth)

Switchable 4093 Drone synth with three controls – switch between this or the sequencer.

Two Ring Mod On/Off Switches – these bends are on the Kaossilator circuit board, no additional circuits added to create these. They can be a bit grainy but I think worth it! The Effect changes best when both switches are on then press the tap bpm or scale button. It also provides a gated effect when the screen flashes.

2.5mm Jack added for Trigger in from the 4093 synth sequencer