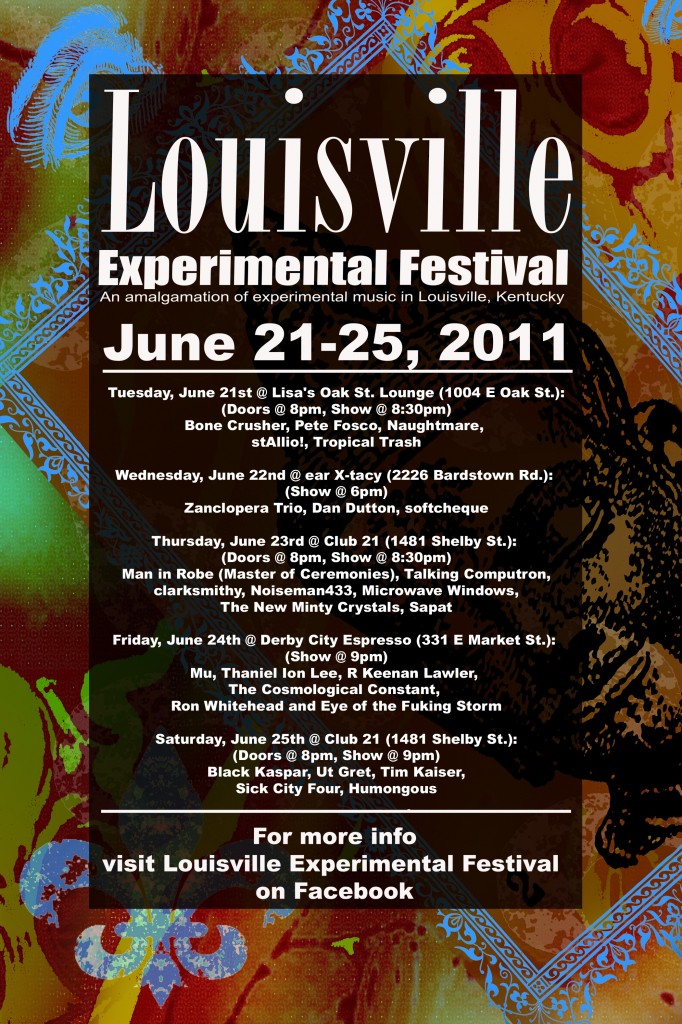 It is our pleasure to announce the first ever Louisville Experimental Festival happening on June 21-25 2011 in Louisville, Kentucky. GetLoFi’s Talking Computron will be performing at  Club 21 on June 23rd and Mr Tim Kaiser from Duluth, MN will also be playing there on June 25th. It is fair to say that many of the musicians are not specifically circuit benders, but are rather experimental with free-form and improvisational techniques. Rest assured a good time will be had by all, so see you there!