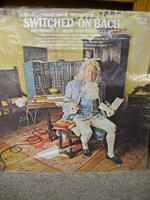 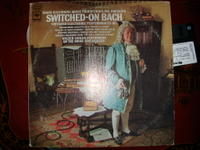 Wendy Carlos’ Switched on Bach has no Circuit Bent gear on it from what I can tell. However while I was in Wisconsin, I picked up the Japanese version of the record! The cover is hilarious, depicting the actor being startled by the electronic madness coming from his headphones. Liner notes are all in Japanese and I am not sure if tracks are different yet. Just thought it was kind of interesting to share with everyone. Update! funny photo was actually used on the First issue of the record and later switched to the standing actor shot. Great article here http://www.endlessgroove.com/issue1/switch.htm