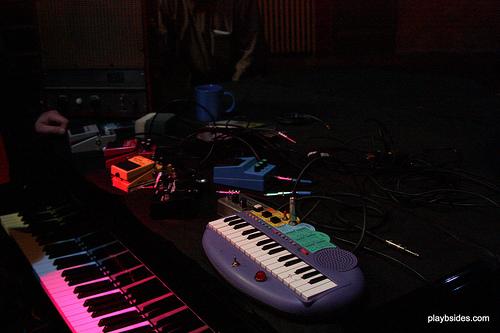 My friend Mike recently had a chance to interview Marco Benevento for his blog: Time to Play B-Sides, while Marco was on a tour stop promoting Me not Me Album in Iowa. I also had a chance to catch the trio in Minneapolis the night before and was very entertained even though there was minimal amount of circuit bent device noise in the set. Some toy samples were played back via Boss RC-50 pedal and the two custom instruments on the piano were a bent Yamaha keyboard mainly used for an Organ sound and an Atari Punk Console built into a pedal case used during a Dub style jam. The rest of the experimental sounds were achieved via a contact mic on the soundboard of the Grand Piano running through a chain of pedals to a small amp. Marco would frequently tweak the pedal settings as he was playing live giving the piano extra presence. Great show never to less. Check out the interview! 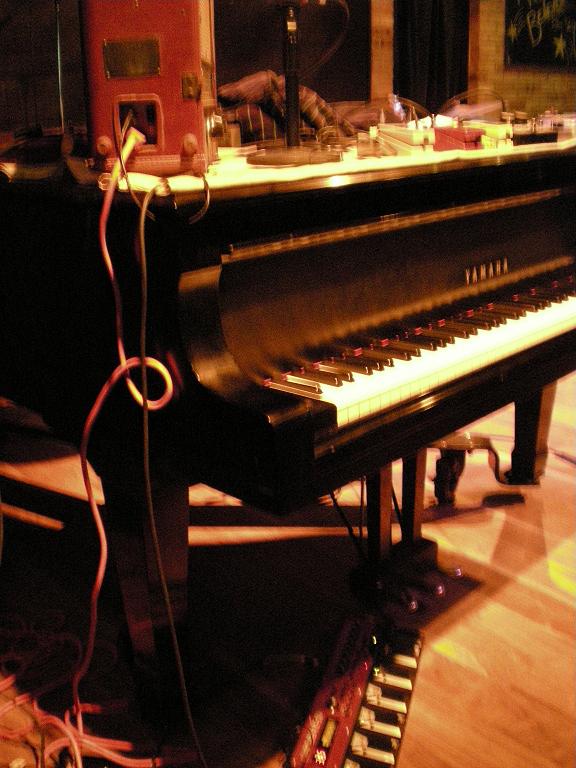