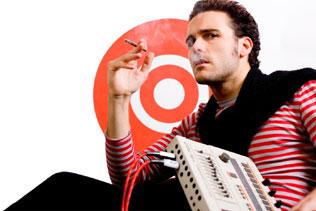 This time my once a week post will be about Deepchild and circuit bent TR707s up on eBay. Apparently SwingingTastyBag member has come up with a set of mods to alter the pitch of individual drum sounds on the TR707. So far there have been a couple of modded machines posted on eBay 707 Auction 1 and 707 Auction 2. After a quick google search I found this page that pretty much details the pitch mod with original schematics and everything and a sound sample. Because of the digital nature of the 707 a clock modifier is needed to change the sample playback rate. Doing this mod for each drum sound would require individual circuits to be added, however to minimize the part count a 558 Quad 555 can most likely be used. The glitch patch system of switches is a very nice touch in combination with the pitch mod. 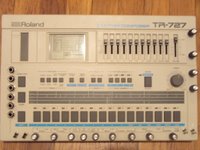 unfortunately I was not able to find any good samples of STB’s 707 on its own, however in the auction the artist Deepchild is referenced as a user of one such modded device. His stuff can be found on BeatPort and it can be classified as nu-dub and post-trip hop with his newer stuff resembling dubby micro-house. The point is really this, while the most of the creators of circuit bent and DIY electronic sound devices are involved in the noise scene by performing drone 30 minute sound collages/space music. Some conventional music producers are not quite ready to take the leap in that direction. Instead they are splicing short bits and pieces to spice up their over-produced pop music. And while no one in the mainstream would pay money for noise music they would most certainly pay money for dance records that incorporate tiny noise aspects to be just a little different from everything else that is out there.