This is the first of an occasional series explaining particular solutions for circuit bending and synthesis.  Here’s a little series of tricks I commonly use.  First, consider the vactrol. You can buy vactrols in a variety of manufactured forms, but you can also make your own quite easily.  It’s basically an LED coupled to an photoresistor.  As the brightness of the LED increases, resistance decreases in an inverse relationship. 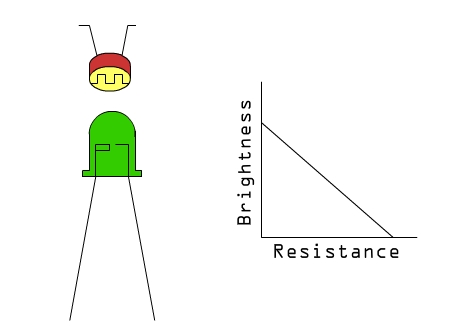 Next, try pulsing the LED on and off using a 555 timer– the resistance rises and falls rhythmically. If you use that photoresistor to control the pitch clock resistor of a circuit-bent toy, I think you’ll open the door to an interesting palette of sounds. 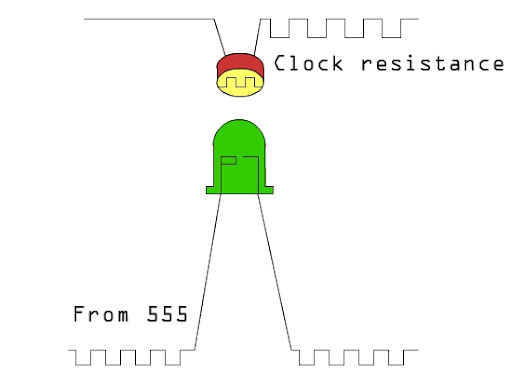 At the Experimental Garage Sale I sold a toy guitar with this type of modification:[youtube]http://www.youtube.com/watch?v=LZT3Cn6Li8c[/youtube]

Next step:  try adding a large-value capacitor in parallel with the LED, which will cause the LED to fade out over time instead of quickly switching off.  This shapes the output into more of a ramp/sawtooth type waveform, which will cause the resistance to slide slowly downwards as the wave slopes off. 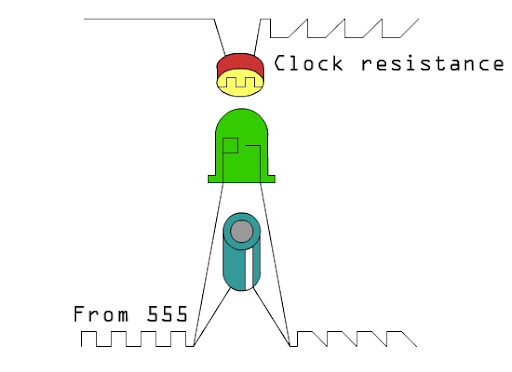 Anyone have their own variations for this type of circuit?  Drop some knowledge in the comments.  Also- big ups to Alex Inglizian for telling me about the capacitor fade a little while back.