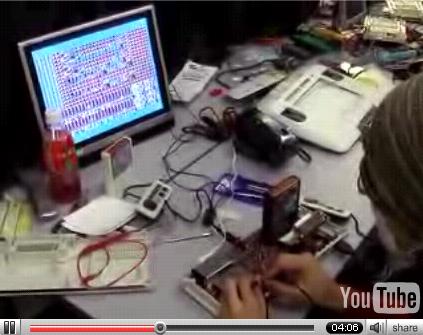 This event apparently just happened on the November 25th 2006 in Tokyo, Japan. The workshop looked to be a blast from this video with torn apart consoles of varying makes laying around everywhere. Not to mention a glitched up Pachinko machine towards the end. The attendees eagerly spoke about what they were doing, while probing around the circuit boards of Famicons and children’s video toys, unfortunatelly I have no idea what was said. There was also a featured keynote with I am guessing everything that was bent during this workshop. Everything is uploaded to youTube in Part 1 and Part 2 thanks to DragonAsh