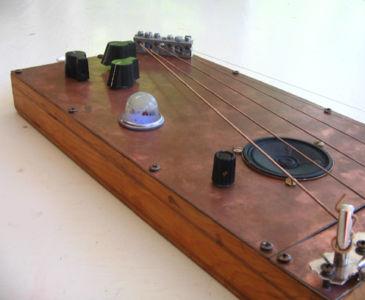 The ever controversial craftsmen of very nice looking Folktek instruments are putting on some sort of a competition via an eBay auction. The premise is that after buying a mystery sound circuit for $44.44 you will be entered into a competition to create a sound art piece with that circuit. The best entry will receive a custom Folktek instrument. Deadline for submission is August 30th and the winner will be chosen and made example of by last day in September. Any takers?